I Like Big Buts And I Cannot Lie: Geek Confidence 101 I’ve been out there and asked: What next? What would benefit you the most in your life?

Time and time again ‘more confidence’ has been the reply. Whether it’s for doing that first Twitch stream, asking for a raise, taking those first steps into the gym, asking someone out, wearing that cosplay in public, or something else entirely, I’m pretty confident that more confidence would help a lot of people.

I used to be a shy kid. I still can be. I get butterflies before I go on stage and I have moments of self doubt.

I’m not here to make it all go away, but I am here to make I that little bit easier, and bits add up like the binary data they are into bytes, kilobytes, megabytes, gigabytes, terrabytes, petabytes, exabytes, zettabytes, and yottabytes. That’s a lot of bytes and a lot of confidence. All built up from the tiniest bits of data – a 1 or a 0.

Confidence builds in the same way, small actions everyday, layering up until before you know it you’re doing things you never believed you could.

Small changes, big results. And yes, there will be a course at some point in the not-too-distant future for everyone who wants to take the next step for even bigger results.

The Basics of Geek Confidence

What even is confidence?

At its most simple, confidence is the belief that you can do something.

It doesn’t matter whether you actually CAN do the thing; having that belief that you can do something, or might be able to do something, drives you to take action. Somewhat amazingly, attempting to do a thing makes it much more likely that you will succeed at the thing, than if you never even try to do the thing.

You don’t even have to be 100% sure that you’ll be successful. Think of your favourite superhero up against the odds. They still go for it.

Avengers Endgame isn’t out yet so I don’t know how well this metaphor will stand, but even with half of them clicked away, the remaining few will stand against Thanos.

How do you get that belief? It all starts with tiny steps. As tiny as Ant Man going up Thanos’ butthole.

Let’s look at the flipside for a moment. What happens when you lack confidence?

Perhaps you don’t even attempt something that could prove to be wonderful, or you go in half heartedly because there’s no point.

You look for evidence to prove that it’s ridiculous to even try and build up a body of photos with strings running between them.

It becomes a self-fulfilling prophecy FOR IT HAS BEEN TOLD THROUGHOUT THE AGES (or just in your brain).

Now we have to overcome years of negative self-doubt, of phoney evidence, and habits.

AND WE SHALL MY FRIENDS.

One step at a time.

No massive leaps here, because especially in the early stages, big leaps come with bigger risks of failure. You’re going to learn to greet failure as an old friend and go with it gladly, but not today.

Today is a day for that first glorious step into your new way of being.

STEP ONE – YOUR BRAIN WANTS TO THINK ABOUT THANOS’ BUMHOLE

Your brain wants to protect you. Your brain is smart. Sometimes.

Other times those reptilian parts of the brain that fire up the fight or flight mode kick in, in the office jungle…

All of sudden, as you go to make your presentation your body tenses, the adrenaline starts pumping, cortisol courses through your system and without a leopard to run from it turns into anxiety, stress, fear.

It also can’t handle negatives without visualizing the thing you want to not think about.

‘Don’t think about Ant-Man inside Thanos’ anus and the mess it would make when he goes big’.

‘Be awesome out there’

‘Literally any other moment from either Ant-Man movie’

A lot of positive thinking bullshit is just that – I’ve been told I can fix my ADD, aspergers, even my diabetes with the power of the mind. Sure the mind and body are part of the same system and one affects the other in ways we’re still learning about, but it ain’t gonna grow me back any islets of Langerhans in my pancreas or make me suddenly able to understand social cues. I will always be terrible at Werewolf.

But, and it’s a BIG BUT (not Thanos’ big butt, stop thinking about it you perv), when it comes to becoming more confident, taking a bit more control of your thinking is a small yet vital step.

What does it mean to take control of your thinking?

I’ll tell you what it doesn’t mean. It doesn’t mean forgetting or ignoring the difficulties, challenges, roadbumps, ahead. It means acknowledging them and welcoming them as things that are going to make you grow, learn, and develop your knowledge, skills, and experience. Gaining literal life XP.

It means you can prepare, adapt, find alternative solutions and see the positive in a situation.

Which reminds me how awesome Finn and Jake’s ‘can do’ attitudes are in Adventure Time. Not the point, we’ll use them in a metaphor another time.

You’re applying for a job. A really great job that you really want. Your experience doesn’t quite match the job spec they’ve sent to you. What do you do?

Who’s more likely to get the job?

And that is the power of positive thinking.

We’ll cover interviews in much more detail another time, for now is the time for a practical tip.

THE POWER OF THE BUT 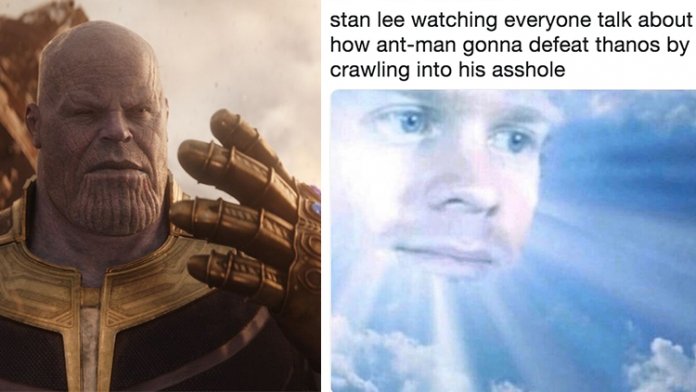 Instead think about a time in the future where you’d like to be more confident. Notice the thoughts that come flooding towards you. What do they say?

“I’ll make an idiot of myself”

“They’ll all laugh at me”

…might be some of the fun things your brain tries to protect you with.

Throw a but in there!

“I’ll fuck it up, but at least I’ll gain some XP for next time!”

“I’ll make an idiot of myself, but who cares what they think anyway?”

“They’ll all laugh at me but I’ll make them all pay. All of them. Every last one.”*

The power of the ever-loving but.