What Assholes Have That You Don’t: Your Key To Dating Success

It was the first time in over 4 months, since the end of my marriage, that I felt a tiny level of confidence to go out and give a shot at finding a partner. My friends – an excitable bunch – threw together a night of vocal musings at the Karaoke bar for just such an occasion.

I put myself together as best I could. Showered, brushed my teeth, took care of that neck beard I was sporting for the last 2 weeks, and donned my best dgraphic tee and hoodie.

SPOILER ALERT!! I was NOT ready…

Getting to the bar, I held my head up high and my shoulders back. I was certain I could do this. My friends were there to root for me. I had a ridiculously good support group. Not to mention, I had no problem with getting up there to sing. I couldn’t possibly fail my quest. I had to – at least – get one number.

But then I opened the door. The bar was packed. Full of eager beavers mulling about all of them talking over one another to make their presence known. Pretty things with their shiny dangly bits were all giggling to one another at the attention they were getting. I felt my shoulders slowly slump as the doubt started to fill my mind. My armpits started to leak, looking like they peed themselves with the fear I was feeling.

I’ve failed already. I was all slouchy and tucking my arms in as close to my body as I could so no one would notice the hot mess going on up in there. I was making myself as small and unnoticeable as possible. Lucky for me, my friends were actively looking for my entrance and started shouting my name while waving me over!

Feeling like the entire world was looking at me now, I gave a subtle wave and headed over to them.

Not five minutes after taking my seat the waitress came over. “Oh god, she’s been looking at me for awhile now. Think she noticed the pimple on my forehead?” I thought to myself. The answer – of course – was “probably”, but she didn’t give two shits about the tiny red bump on my brow as much as she’d like to just take my damn drink order.

That was pretty much it for me. Once the insecurity ball starts rolling, it’s hard to stop.

I sat there the entire night. Not able to focus on anything. My companions were trying to get me involved in conversation, or pushing me to get up and sing. Of course, I gave my polite smiles and nods. Playfully shaking my head no at the requests to hear my voice. Honestly, I felt bad, because I knew they were super excited just to get me off my couch. It was months since some of them had even heard from me. I just couldn’t bring myself to be social. I was far too absorbed on the guys who were successfully getting attention from numerous girls at once.

But… I didn’t get it. These guys epitomize the definition of “Asshole”. Everything I’ve ever heard girls make fun of was wrapped up into one neatly packaged douchey design.

Frustrated, and exhausted (despite it being only 10:30pm), I excused myself. Much to the chagrin of my comrades, I opted to pack up and grab the quickest DD service available and got the hell out of there.

Now I use the term “Asshole” loosely, as most of these guys are really good dudes. There’s a certain stereotype that leads us to believe they are bad people.

Usually it’s jealousy of their capabilities that make us want to strangle them in frustration. However – I’ve found – they’re always willing to help you out if you managed to try and have a conversation. Not saying there are no actual assholes in the bunch, but – if you think about it – there are douchebags in just about any group of any social standing. Once you realize that, you’ll totally see them in a different light.

To keep to the point of the story. I do know the feeling of walking into a place where it seems like all these popped collared/sideways hat wearing/tribal tattooed types seem to be taking center stage, and thinking to myself “Jesus… What do these guys have that I don’t?! They seem like such douchebags”. It’s a total shot to one’s self esteem.

I’m sure you’ve all been there too. Scratching your head and making that sour face like you just smelled a dog fart. But there’s one simple word that sums it all up nicely…

Yup… That’s it! These guys ooze the stuff. From outer appearance to inner will. They are just a super confident group of people.

Alright well, it IS a simple answer. But, with a really hard resolution. I mean, confidence just doesn’t come in a can that you can crush open like Popeye. But I can take you through steps that really work to help you crush the social scene and the dating game. Here’s how to steal confidence tricks from the A-holes – and use their skills for good!

3 Things You Can Do To Increase Your Confidence

1) A-holes don’t give a crap what you think about them.

Seriously though. They really don’t care that you think their outfits, hairdo’s, or tattoo of barbed wire look stupid. They’re literally just there to have a good time. Honestly, they don’t even notice your scrunchy fart smelling face all the way over in the back booth judging them.

Confident guys will get up and sing their faces off at that karaoke bar. Doesn’t matter if they sound good or bad. It’s karaoke! Meant for a few laughs and a ton of good times. Girls don’t care if you’re the next Justin Timberlake, but they do love guys with the balls to get up and put themselves out there.

2) A-holes look after their appearance.

This is probably the easiest thing to do to become more confident.

Take notice of their outward appearance. Sure – to you – the pink button up with the top 3 buttons left loose looks dumb to you. But it’s just their style. What you should look at is the fit. Doesn’t matter what you wear if it looks good on that bod of yours. (I’ve always worn hoodies and graphic tees). If things seem tight, or fit awkwardly, they probably LOOK like they do to others as well.

Personal hygiene is a big must in that circle. Again, it’s just style preference. From man buns, to shaved heads, to that cut that kind of looks like it was inspired by Pidgeotto. It doesn’t matter, as long as it’s well groomed and clean.

Fitness goes a long way as well. Most of these guys have a workout regime of some sort. It’s not only for outward appearance, as it also provides the necessary chemicals (dopamine and serotonin) the brain needs to feel good. You don’t have to go to the gym and pump iron. All it takes is a good 10 to 30 minute walk around the block to get those juices flowing.

If you’re interested at a more advanced routine, take a look at coach Austin’s stuff to educate yourself more on that topic.

3) A-holes know exactly what they want – and they go for it.

Same goes for shoes. Don’t settle for the white, when you really want the red.

These guys know exactly the type women they want. They don’t just settle. They go out and date – a lot – before finding that perfect match. Sometimes they get hurt, and sometimes they hurt someone. It sucks, but it is a natural part of dating and they know it.

Not to objectify anyone. This example is just an example to clarify:

If you’re a PlayStation gamer, looking to purchase a new machine. You’re not going to go out and settle on an Xbox just because it’s on sale. It’ll just feel like you’re going through the motions. If it’s not the right feel, it’ll never FEEL right.

Same goes with finding a partner. For both men AND women. If it doesn’t feel right. It probably isn’t.

I’m currently building a course on this exact subject called “Level up Your Charisma – A guide to building confidence and smashing the social scene”.

But for now, comment below! What’s your thoughts on confidence? How do you get more of it? Share a story or two.

Kurtis Kehoe – he uses the skills of an Asshole, for good.

More Lessons From Assholes: Why Nice Guys Suck (and don’t get sucked)

So You’re Socially Awkward. Start Here, And Level Up! 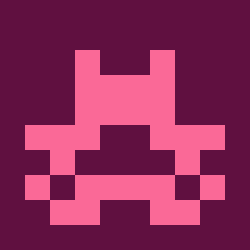