What about that ‘meme cosplay’ that’s just exploded over the internet? You may say to yourself – oh attention right? But let’s have a look at that a little closer!

Funkster cosplay has been cosplaying now for about 4 years. Got into it after being taken to MCM London in May 2013 knowing nothing about it and then being told I was boring for not having a costume. So I went out and bought a 7ft minion costume for the November and got mobbed. Sort of went from there and now I have a small collection of costumes.

Which transverses multiple internet platforms and turned him into a bit of a sensation!

Why did you put this cosplay together?

As a Deadpool cosplayer we are lucky that Ryan Reynolds and his team like to create little viral videos to promote the movies. The teaser trailer for Deadpool 2 dropped on the Wednesday night before Birmingham MCM and I felt a great need to try and be the first to do it at a convention whilst it was still fresh in people’s minds.

What do you love about the two fandoms you choose to combine and why did you feel this mash up would work?

I can’t really remember HOW I know about Bob Ross as he is more of an Amercian icon. I can only think I must have stumbled onto when they showed it on BBC/ITV late at night when I would come home from a night out.

Deadpool for me is a recent thing. I loved the movie and the costume and the freedom it gives as a character. I try not to stray too much into Douche-pool territory, which you do see at conventions quite a bit.

I honestly didn’t know how many people would have seen the trailer in the 3 short days before MCM or how many in the UK would know who Bob Ross was. I just wanted to try and be first.

Why do you feel so many people have connected with the costume?

I think people just appreciated how quickly I was able to get it together and how close to the costume I got. I had a friend of mine who’s a model maker make me a replica of the paint pallette.
Lots of people really found it funny that I was actually painting, rather than just standing next to an already painted picture. In 4 hours I managed about 4 paintings of questionable quality.

Can you tell us a bit about your other cosplay work and why you love producing it?

I have almost zero talent when it comes to making stuff. I am however good at spotting details on costumes and then finding really talented people to replicate them for me. On the Deadpool belt for example there are sections that come off the buckle that look custom made. So I got loads of reference pictures and commissioned them from a model maker. He now sells those on his Etsy store.

I belong the UK Garrison which is a part of the 501st Legion so our costumes have to be as close to accurate as possible. This is great for my attention to detail OCD, but can be a drag when you’re trying to find a particular buckle.

Currently I have Deadpool (which I’m in the process of upgrading to the DP2 version) a Spidey from Amazing Spider-Man 2, a 501st approved Darth Vader, a War Machine from Iron Man 2 and a walker/zombie.

Do you feel this kind of cosplay development deserves an active place within the definition of the word ‘cosplay’ and why?

Cosplay is whatever you make it. I’m at the accuracy end, but if you’re having fun, then what does it matter? Bob Ross Deadpool isn’t going to win any cosplay competitions, but it made a whole lot of people smile at MCM including me.
If you wanna do a mash up then, just do it.

Do you feel this is an excellent form of promotion to lead others to peoples cosplay work? Do you feel it helps cosplay stand out or hinders it?

Compared to some other guys in the UK with a very similar Deadpool suit, the number of followers I have on social media is a lot smaller. I think this is due to me trying to stay in character when I’m cosplaying rather than trading IG usernames. If someone takes a picture of me and it brightens their day, then that’s great. If they follow me or tag me in stuff even better.

Do you feel this type of work is accessible to others to do themselves?

I’ve seen amazing cosplays that cost very little, except time.
If you love something then do it. There’s plenty of information out there on how to do stuff.

Producing work like this can create incredible marketing campaigns to draw individuals to a cosplayers more intricate cosplay designs that may not have harmonised so much with the internet. Detailed cosplay work is often difficult to appreciate and depict in a simple photograph and this is an excellent way to draw individuals in!

But most importantly it really opens the cosplay hobby up raw and pushes it back to its humble roots – of being a fun way to connect and express a deep love for fandom!

Why not show Funkster Cosplay some support? 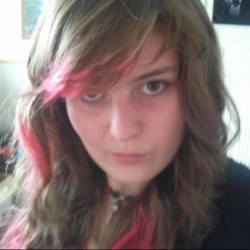