How to overcome self-doubt and fall in love: Amanda’s MCM London Comic Con

Here’s how MCM London made me fall in love again… with life, stories, playfulness and funny voice actors!

It was great to be press for Coaching for Geeks on my first convention adventure at MCM London Comic Con.

Firstly, I’d like to report extremely eloquent answers spoken in the press room on the Sunday about overcoming darkness, coming out the other side, and who Batman really is. Here’s a video from the inside! 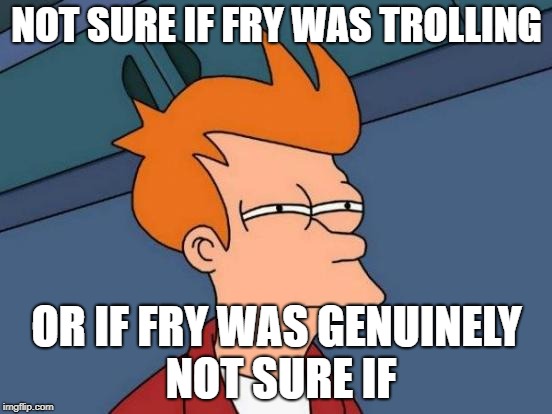 I also loved listening to actors from the Walking Dead and Grand Theft Auto V (Shawn Fonteno, Ned Luke, Steven Ogg) and they were all so lovely, and I fell in love with John DiMaggio. It struck me how much all these actors live and breathe the shows and characters, they really care about the story and their audience. I had always wanted to go to MCM London and I’m really pleased my first time got me an inside look as press, rapt by discussions with actors and looking behind the scenes.

And, John DiMaggio said: “I think a bit of me slipped into both of them (Bender, Futurama / Jake, Adventure Time) – not in the biblical sense – but it’s impossible to not have something on your own be a part of a character… Nobody’s perfect. We try to be, but the more you try to be, the more you box yourself into a corner.”

^ This is why I fell a bit in love with John DiMaggio.

No, that’s not the end. It’s only the beginning!

Hey, let’s talk about Robin! I met the Coaching for Geeks overlord for the first time!! We got on… kind of… (more on that later). I felt like I had known him for ages, as he is so involved and supportive in the Coaching for Geeks Facebook group and I’ve been working for him managing this blog for a couple of months!

Alas, I was in disguise… I wasn’t destined to be his friend. I was the physical manifestation of his self-doubt. I followed him around all day, ultimately to heckle him during his well-prepared talk (One Life Left, Creator’s Stage, 3pm). I jumped on stage to fight him off… but! He vanquished me!

I have to admit (begrudgingly) that his talk was very enjoyable and made me think about my own self-doubt. Could I vanquish my own self-doubt and live a better life, in the one life I have left? Could you?

It’s a battle we all fight every day, and I believe we can do it.

So what was my first experience of MCM London?

Apart from being summoned by Robin for my first convention adventure for Coaching for Geeks, I wanted to experience the place that brings together a geeky community. And I found out later, more friends went to MCM London in cosplay than I realised!

I had been nervous about meeting (better) geeks but ended up feeling part of something excitable, hopeful and welcoming, and I felt the joy of finding like-minded, creative people all around me. I saw people make friends in a shorter amount of time than most conventions I had attended. Sure, I’ve mostly attended business conventions, but why does that make so much sense?

Yes, I enjoyed perusing rare, custom and unusual things to buy – because massive fluffy rainbow ears are just necessary. Many people had them!

But going to MCM London renewed my enthusiasm not just for games, comics and shows, but for the people. I found the creativity on display really impressive and experienced the sheer delight of making friends over shows, comics and games that have become a real part of someone’s identity.

Geeks are just people who jump in feet first into living and breathing their hobbies and the stories around them, and often use these to make sense of our lives, give us hope, and overcome darkness (- cue Batman). And this makes people incredibly attractive.

Speaking of attraction, did I mention John DiMaggio?

The atmosphere was so friendly and excitable, that’s why I jumped on a tiger with a sword…

Yes, that’s Amanda, on a tiger, with a sword.

Yes, that’s me on the same tiger that Robin rode onto the stage at MCM Birmingham singing “I’m on a tiger”. Here I met the lovely Jess Banks from Costume and Play and had a tour – they’re really cool. It’s really fun to get photos and play with the props and things they have and I agree with Robin, they could really expand on this with Reedpop and MCM London in future.

Like many others, me and Robin headed to The Fox after MCM. I was almost immediately invited to a game of ‘never have I ever’ with the Joker, Poison Ivy and a Ghostbuster. That was an interesting experience!

But this made me think how much stories and games and shows really help people through life, hard times and tricky grown up scenarios… we’re all finding our way through this life, but we can all have some fun along the way, too!

If you’re planning on going to a convention, pack our Convention Survival Guide!

Geeky interests made me so much more attractive. That’s what she said.

Back to the real world – does your Monday suck? Does your job suck?

Follow Me
Amanda Leek
CFG's Content Manager at Coaching for Geeks
Amanda Leek is a creative copywriter & digital marketer, and geeks out over books, cute animals and tabletop / card games. Known for re-learning her 30 life lessons, dancing, and playing Hearthstone into the night.

Follow Me
Latest posts by Amanda Leek (see all)