I am not J.K. Rowling (Thankfully)

The idea of success keeps me moving, but the possibility of failure leaves me in a perpetual state of fear. Like most people, I often like to imagine myself as somebody more successful and compare myself. Due to my affection for writing this usually results in me picturing myself as famous writers such as horror all-star Stephen King or every millennial’s favorite J.K. Rowling. They are sitting comfortably at the pinnacle of the writing world and have already accomplished some of my biggest goals. How could I not fantasize about having their success?

However, there comes a point when the fantasies become destructive, and we can either choose to remain in a constant state of jealousy, or we can learn to be comfortable with ourselves.

It wasn’t that long ago in human history that one would have to go out of their way to compare themselves to another. Now, we literally have apps that shove it in our faces. Pictures of our peers travelling the world, getting married, and succeeding are stamped all across our timeline. There is no real way of avoiding the temptations of comparison unless we delete ourselves from the internet and isolate ourselves from society, and let’s be honest, we are never going to do such a thing (partially because we need the comfort of others to survive, but mostly because Nintendo keeps releasing new Super Smash games).

Welcome to the comparison game

Whether we acknowledge it or not we are constantly comparing ourselves to others, from the celebrities on television to our closest friends. We are burdened by the success of others. How many times have you noticed the fame of a young actor and compared it to the success in your own life? Has that ever made you feel good? No matter how negatively comparison affects us, we still allow it to take over our lives.

When it comes to celebrities we often paint them as these immortal beings who have never known struggle or pain, and who exist solely to be glorified by us. Their fame and success somehow delete any possibility of struggle and they are lifted onto pedestals and worshipped as perfection. However much like us, most of those people who we worship have gone or are going through the same struggles that we are. We overestimate the presence of positivity in people’s lives because we don’t see what happens behind the scenes. Very few of our heroes were just gifted the reigns of success, most of them had to work incredibly hard for it.

J.K. Rowling was nearly thirty before she sold Harry Potter. Before that she often referred to herself as a failure. She had filed for divorce, spent time jobless while single handedly raising a child, and had been diagnosed with clinical depression. Can you imagine that? The great J.K. Rowling once sat alone in a coffee shop in Scotland and called herself a failure. We don’t know the lives of the people we admire, so we should not waste our time being jealous of their successes.

In terms of our peers, we often compare ourselves to inaccurate information. What people put on the internet and even what they present in their everyday life is usually an edited version of their reality. How often when asked by a coworker how you are doing do you respond with “I haven’t showered in two days, my last meal was uncooked Ramen, my significant other is a narcissistic asshole, and I feel like I am never going to amount to anything”? More than likely you respond with “I’m good” and go about your day as normal.

The same thing applies to everyone else.

Let’s say that one of your friends posted a picture of themselves drinking a martini in Cabo and it got over 200 likes on Instagram (wow they must be so popular). You saw that picture and spent the next three days looking at cruise prices and haggling with your boss about vacation time, because you determined that your life wasn’t exciting enough. However, what you didn’t know is that just last week that same person was balled up on the couch with a bottle of wine and Ben and Jerry’s Tonight Dough crying because they saw you with your significant other on Instagram and they have convinced themselves that they are destined to be “forever alone.” It’s funny that we understand what we put out into the world, but often misinterpret the lives of others.

Let’s be honest with ourselves for a minute. We tend to put our best face on for the internet. So, the things that we often compare ourselves to are typically just the highlights of people’s lives.

Comparing myself to the likes of J.K. Rowling and Stephen King or even to my best friends has never helped me in the journey to accomplish my goals. It has ALWAYS had a negative impact on my personal growth. Not only is the constant comparison time-consuming, but it also decreases motivation and causes a negative self-view. I spent too long wishing to have the skills or assets of someone and ignored working on myself. I used comparison as a tool to measure my own self-worth and always came out disappointed. It wasn’t until I realised that comparison was heeding my progress that I began to move forward.

From now on, whenever you are tempted to compare yourself to another, stop and ask yourself these few questions:

These questions are meant to be used as a tool for self-reflection. Instead of comparing yourself to others, you can use these personal values as the scale upon which you compare. This way the comparison turns into a positive self-motivation technique, and we can use it to keep ourselves in check. Setting your own personal values instead of trying to be like other people will help you in your journey to be the best version of yourself. Once you have established yourself go back and look at the lives of those around you. Now instead of comparing yourself them, ask how yourself what you can learn from them, because once we begin to understand that people are more than what they portray, then we begin to realize that everybody has a lesson to teach us.

On a final note, Mark Twain once said that “comparison is the death of joy” – and he never had social media.

Ryan Arrington – is not J.K. Rowling, or anyone else but himself for that matter.

Are you writing a book? Find help with Heather Ness: How To Write A Book. Part 1 of 4.

Comparing yourself to others in the dating game? Progress, not perfection.

Compare yourself to your younger self and realise how much you’ve learned. 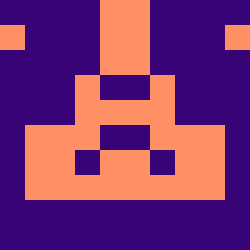