Back Away From Crazies! – How To Avoid Dating Horror Stories

In the past two weeks, I’ve heard horror stories from two different people about recent date encounters they’ve had.

Here they are to put things into context.

“I go on one date with this guy, and we have a great time. It’s a bit chilly out, and he gives me his hoody, which was super sweet. The next day he sends me a text, which I read but forget to respond to. I put my phone on silent for the day, as I’m teaching workshops. 5 hours later I’m done, and look at my phone. There are like 30 texts from this guy. They start with “hey how’s it going”, then move on to “are you ignoring me?”, then go full on abusive with “fucking bitch you’re a thief give me back my hoodie.”

Are people completely crazy? What the hell happened in those 5 hours?”

“I went on a couple of dates with a woman. Things were going alright, slow and steady pace. Her birthday was at the beginning of week 3 of dating, but our annual deadline for a project was due soon. I told her I had a super busy week at work, so I’d be unavailable to hang out until the crunch was done. I was probably going to work 7 days straight, and work through the weekend. Like I said, annual project, this thing happens once a year. Her birthday comes and goes, I wish her a happy one, but I don’t make plans to hang out with her, and she FREAKS out at me. It turned into this huge dramatic thing where I didn’t care about her, and if I’m not interested I shouldn’t be wasting her time, and she expects more from me…

Did I make a mistake?”

Let’s be clear about one thing: there is no gender or sexuality to crazy. Man, woman, trans, intersex, straight, gay, bi, queer, asexual.

Crazy comes in all shapes and sizes.

It’s important to examine, when situations like these occur, if you actually did something horrible to the other person. Did you throw their TV out the window? Did you try to run their dog over on purpose? In these situations, you are clearly at fault. You missed her birthday after dating for two weeks? You didn’t respond to his texts until 5 hours later?

You did nothing wrong.

At the beginning of all interactions, sane humans try to put forth their best selves.

They are polite, try to impress you a little bit, seek common ground, and will let one or two things that bother them slide because they don’t want to rock the boat. When someone goes nuts on you in the early encounters of dating, you have to realize one thing: it’s not going to get any better.

This is the best they have.

This is the LEAST crazy they are going to be. It’s all downhill from here. When you catch a crazy sign, you need to do one thing, and that is to EXIT ASAP.

Let’s take the examples above again.

The dude is abusive to her the day after he meets her. That means he couldn’t keep it together for a single day. The crazy violence (verbal is still violence) he throws at her is unacceptable, and he barely knows her.

Imagine what he’ll be like if she’s actually his girlfriend, and not a new person he’s met. Imagine how jealous and irrational he’ll be if she goes out with her friends for a drink, or if she decides to take a nap and not pick up her phone. I don’t know what kind of crazy pills he’s been taking, but this guy is SERIOUS trouble.

Number 2: this one is more subtle.

Imagine what will happen after two years of dating, if he can’t read her mind about something. Her expectations will never be met, and she’ll constantly be building drama from what she wants and expects vs what she actually gets.

So. Remember folks, when people do crazy stuff at the beginning of a courtship, it doesn’t get better. Don’t expect them to improve, it’s all downhill from here. Awkwardness can fade, confidence can be increased, but in my experience, when someone is cuckoo bananas crazy, they need to go to therapy.

Don’t worry though! Not everyone is nuts.

There are plenty of awesome people out there who won’t burn your pubes off for not replying in 5 minutes, go for them. Here are some good signs to look for in a date that tell you they’re pretty sane individuals:

– have cool friends that they admire

– don’t get super clingy right away

– they don’t play the victim

But seriously, you geeks are awesome.  Don’t waste your time with someone who isn’t just as awesome as you.

And feel free to share your crazy misadventures in the comments!

Get Rami’s Tinder Toolkit and have everyone swiping right.

Ready to take the next step? You need to Level Up Your Dating.

Super keen and ready to meet someone in 30 days? Get some 1-2-1 coaching and become a dating master.

Want to gain some dating confidence if things are falling apart?

Or learn that progress NOT perfection can be the key to the dating game?

Join the CfG gang on Facebook to say hi to Rami and share your dating ‘wins’ and dating ‘crazies’! 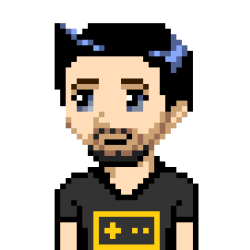 Latest posts by Rami (see all)