Con-Virgin with my Inner Weirdo

For a number of years now, the concept of Comic Con has been something I have been aware of but had never invested much time into. My knowledge of it was probably because ‘geek culture’ has become more widely adopted in today’s society and also thanks to The Big Bang Theory (love it or hate it), it’s a big source of information for all things ‘geek’.

(Btw, I apologise for using the phrase ‘geek culture’, I always feel like that’s a form of cultural appropriation in someway!).

Anyway, as someone who is not really interested in the ‘comic book world’, Comic Con never really shouted out to me as something that I’d enjoy.  I was naive to the wider context of the conventions and that a huge amount of comic book stories and creations are now mainstream. In my head, I saw it as a place for people who loved comic books and the whole menagerie that comes with that. Therefore, I felt it just wasn’t for me.

I’m not someone who’s ever really engaged in cosplay or ‘geeked’/ ‘nerded’ out on anything in particular, except watches (I’m obsessed with them and do go along to meet-ups and events where people discuss ‘horology’, that is: making clocks). Although, I’ll be honest, even at those meetings where I’m amongst people who share the same passion as me, I still fall slightly by the wayside as my knowledge is so inferior from others there. I simply stand back and listen, rarely engaging in the conversations.

Therefore, I suppose my initial reaction to Robin inviting me to be involved in a Live Stage at Comic Con is a bit more understandable…I was excited of course, but at the same time I was worried. What if I’d be seen as an imposter? Someone who instead of getting deeply involved in the convention would instead be a spectator, an observer that watched from the sidelines.

I quickly decided that would be rather uncool and a bit rude. I was going to dive straight in and bin off any fears in the back of my mind. After all, if my past experiences to date with anyone who is involved in the Comic con scene, then i’d be welcomed with open arms, regardless of my knowledge of all things cosplay and comics.

As the date of the big day was fast approaching, I got more and more excited and couldn’t wait to see what Comic Con had in store for me, and for a chance to share my thoughts on stage alongside Robin and Jack. Aside from some nightmarish snow related travel issues and some less than superb stewards sending me to the wrong part of the building – I arrived at Comic con and all was going well.

I met three Chewbacca’s on my way in, a Dalek and countless Stormtroopers. There were kids, adults, grandparents and I felt right at home.
Once I got to the press office I was greeted by a grinning Robin and he gave me a quick guided tour around the massive hall full of colours, sounds and costumes…oh and a 100ft Minion.

When I told Robin that this was my first ever convention he told me that he would make it his mission to show me his world.
We did our Live Stage and it went down a treat, the crowd was visibly moved by our ‘words of wisdom’ (and I don’t mean that they left their seat for all you cynics out there).

Afterwards, Robin stuck to his word and showed me around. I also dropped a bombshell on him that I had never read a Comic book before, which is something I now know is basically blasphemy when inside a Comic Con.

We rushed to the Comic Book section and had many in depth chats with some purveyors of the stalls, the writers and artists of the comic books on sale and I really got a taste of the passion for their work. It was amazing to hear them describe the stories and the artwork. This work is simply mind blowing and I’m proud to say that I am now the owner of 5 brand spanking new Moon Comic books, which I can’t wait to read.

Following my purchase of the comic books we went around the rest of the show and took as much in as possible. My overwhelming

impression of the convention was that I felt so incredibly welcomed and at home. The people that attend these events are so open, excitable and inclusive. Kids walk around in amazement and wonder and the adults even more so.

From my experience, I genuinely think that Comic Con should be looked at as an example for wider society on so many issues.

The biggest lesson I learnt from the day was that sometimes, we all need to dress up as Deadpool in a Frozen dress and just feel cool as fuck for a day.

As a Con-Virgin no longer, I can proudly say that I can’t wait for my next one.

I loved it. Thank you to everyone there that I had a chance to meet, everyone who was so welcoming and to Chewy my new Bae.

Volunteering at a Convention? You’ll need to be able to survive.

Worried about taking the kids? Here’s some useful tips for bringing them along.

Come and talk all things geek with the Facebook group here. 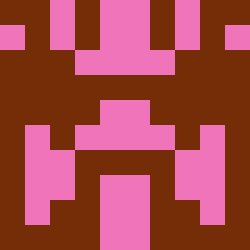