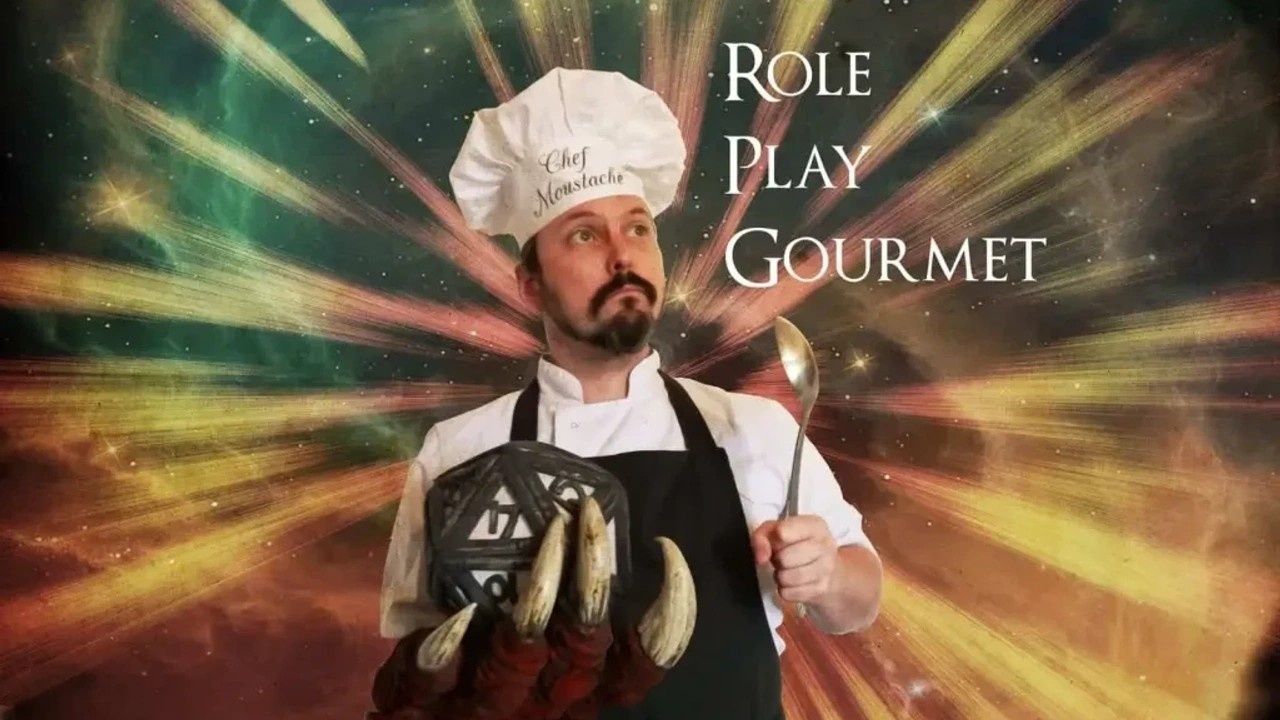 So you’re ready to cook, but have questions first…

Fortunately your ‘gather information’ check rolls highly and Paul Flannery himself has the answers.

He also has the print and play skills trees. Print these off, get cooking, gain XP, level up! 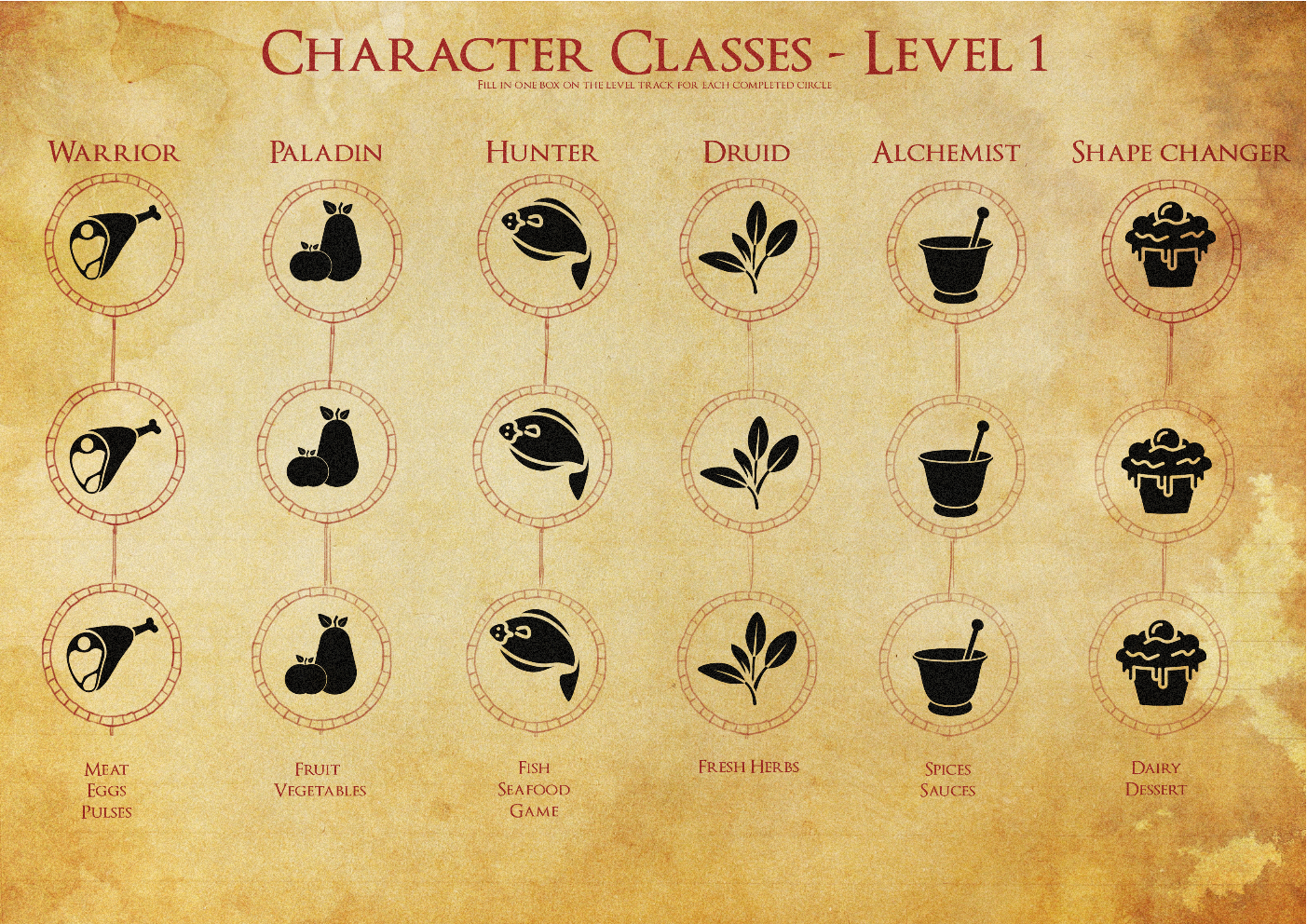 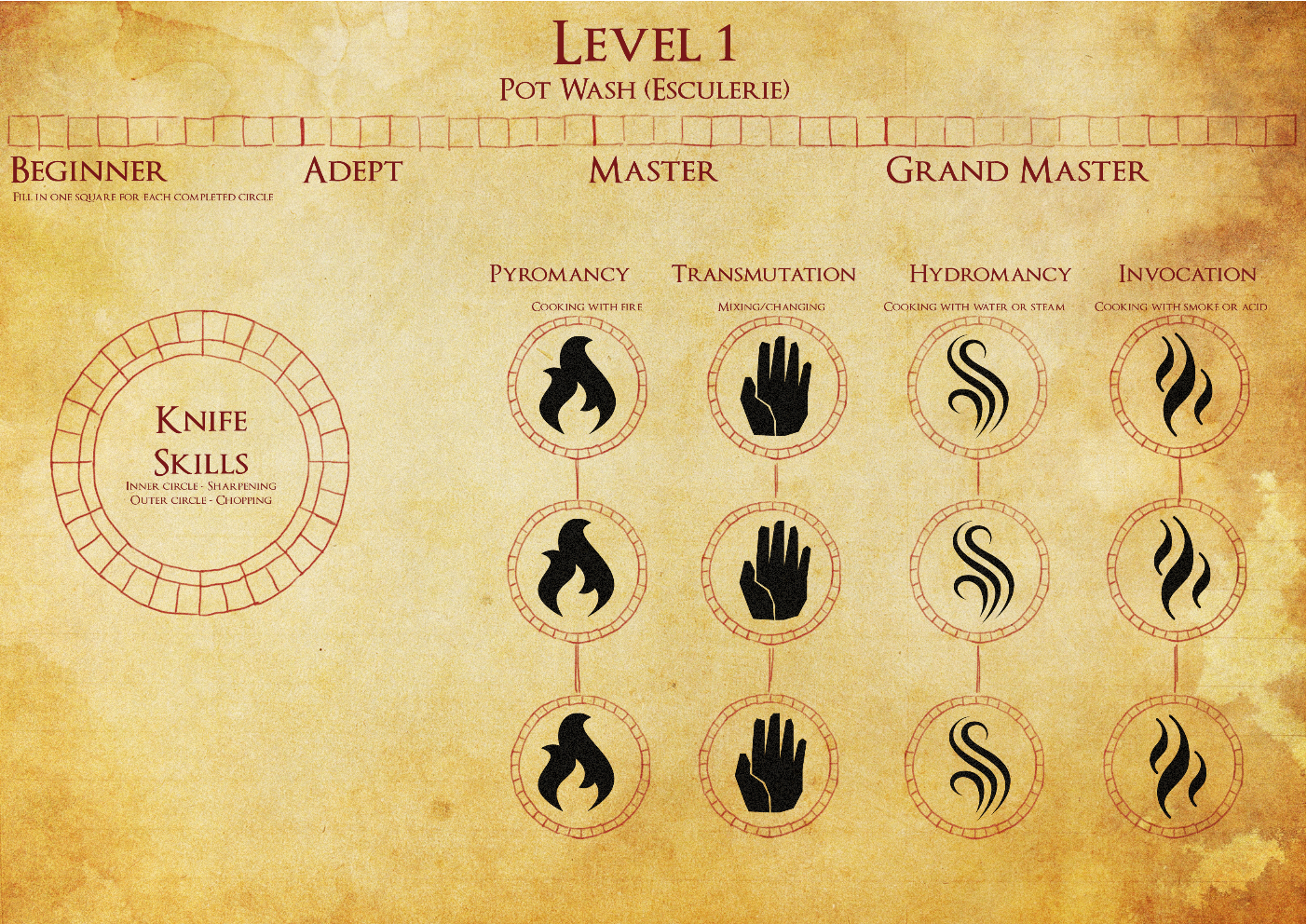 Where do I start filling out the skill trees?

You can start shading in the sections of each circle clockwise as you perform the relevant skill and/or use the required ingredient.

What’s the difference between pyromancy and hydromancy?

Pyromancy skill is when you use direct heat from a flame to cook ie; roasting or frying. If you use the flame indirectly ie; boiling water for blanching, it’s hydromancy.

When do I level up?

Once you fill in an entire circle, you can shade in one of the squares on the main levelling track. Once that track is full, you’ll reach level 2. There are several sub levels along the way too.

Can I get XP for cooking the same thing multiple times?

Where are the recipes?

If you don’t like an ingredient you can substitute it for something else. I’ve tried to provide Veggie alternatives for all of the recipes. In some cases, however, to change an ingredient is to change the dish entirely.

Cooking is mostly about certainties rather than chance so I’ve not figured out a way to use dice yet. I am very much up for suggestions [email protected]

Turn cooking into an adventure with the Role Play Gourmet – exclusively at Coaching for Geeks!