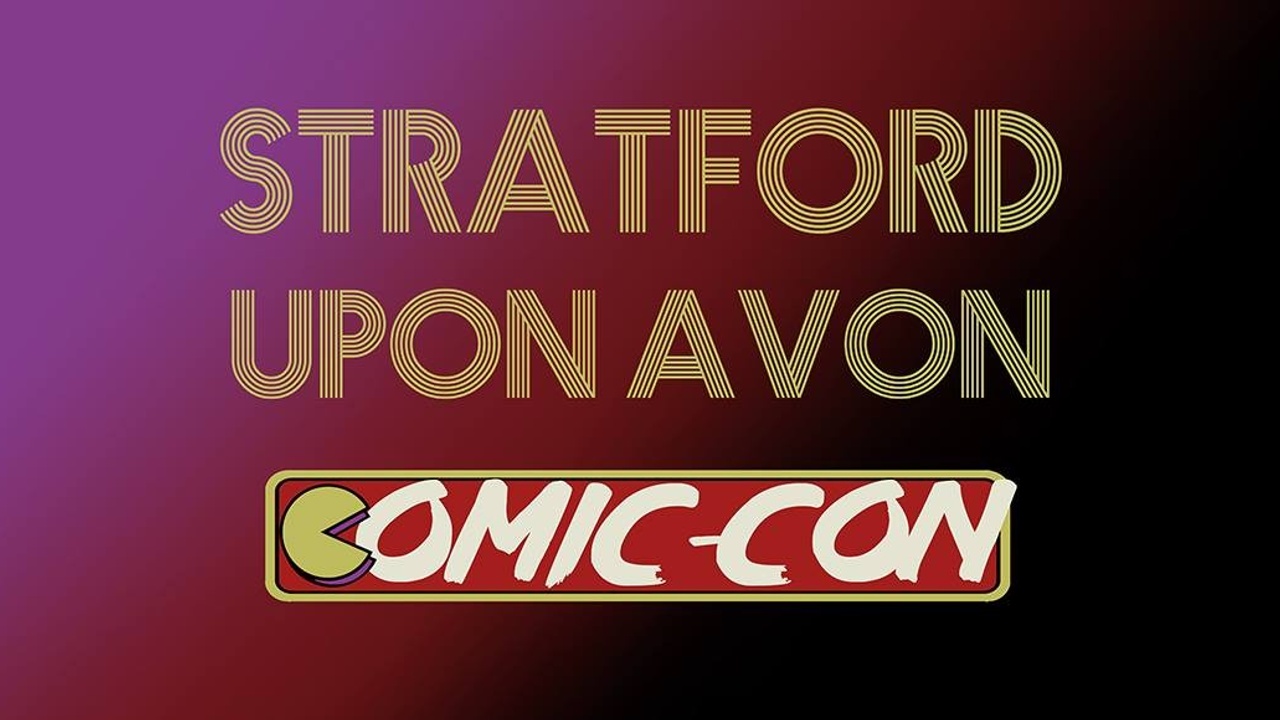 Apologies… Life has really gotten in the way recently and I’ve started a new role. I’ve been to a LOT of events, and life has seriously gotten in the way! But I was DETERMINED to write up my experience volunteering at Stratford Upon Avon Comic Con in April.

I wasn’t intending to go to one so close to Wales, but when the convention husband Rob Turner asked me, I couldn’t turn him down!

The Stratford Upon Avon Comic Con was run by comic book artist Lee Bradley. It was the first one that he’d done, he did a fantastic job organising. He also managed to get some amazing guests. This was a one day Good Old Fashioned Comic Con featuring guests from TV, Films & Comics. With Traders & Cosplayers.

I was particular excited to meet Chris Barrie. Not only for his role in Red Dwarf, but I used to love The Brittas Empire – it was a must watch in my house growing up. It dawned on me that I was going to be meeting Mr Brittas himself – in a Leisure Centre!!

It wasn’t very far from me, just a 45 minute drive from Bicester. But I still got up at 5:30 in the morning, because I like to make sure I’m giving myself plenty of time. I was travelling on my own, so I cranked up the tunes and started singing… only to discover that I had lost my voice AND I got list and ended up in some random industrial estate! Despite all these obstacles before it had begun, I arrived around 8am and found the main hall of the Stratford Upon Avon Leisure Centre, and Rob was already there.

The hall was slowly filling up with vendors, so we needed to help everyone get to their tables, get used to the layout, and double check where the facilities were. Being a sports hall, it was pretty easy to scope the place out. (Side quest – I was also keeping an eye out on all of the stalls selling Pop Vinyls, after that ever-elusive Hoggle pop! But alas! Nowhere to be seen! One of the vendors did tell me where to get him however… and 2 weeks later this arrived! HURRAH!!)

My selfie with Chris Barrie!

Stratford Upon Avon Comic Con was a small con, but we had a great mix of stalls, signers, retro gaming, and lots of cake and sweets! There was something for everyone. There were some awesome cosplayers.  Unfortunately I didn’t get pictures – I was too busy making sure the steady flow of people and our guests were okay, mainly squeaking at them asking if they wanted tea or coffee! One of the guests had a nail emergency – managed to track down some super glue off one of the vendors. Rob was looking after Chris Barrie and our very own Adam was on the door!

Guests in attendance were a mix of artists, authors, and actors. All of them had plenty of visitors throughout the day, which was great to see. The photo shoots ran to time and the guests even jumped in on ad hoc shoots later on. They also allowed selfies at tables, and Chris was doing them for donations for charity.

So naturally, I grabbed one!!

The 1 day Stratford Upon Avon Comic Con for me went by so quickly. From getting coffees for guests to giving others breaks throughout the day, it was very busy, but I still had a great time!

The con ran pretty smooth for a first event. The feedback I received from vendors and attendees alike was very positive. Main question asked was if it was coming back again… I can confirm that it is!