How Gaming Changed My Life 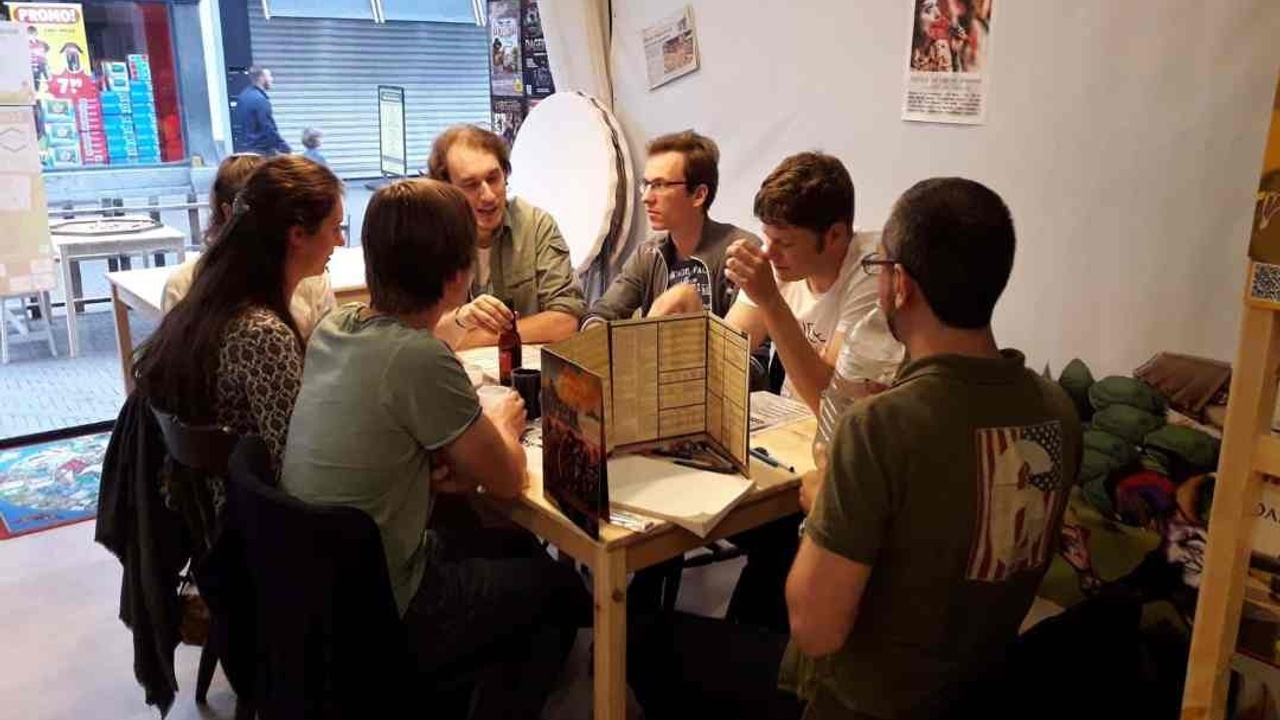 Roleplaying games and what they did for me.

Little under a year ago, I started my own firm, RPG Crunch. It is something I do besides my full-time job, and the dream is  to do this exclusively.

My company offers links between game publishers, stores and players. We spread awareness of new games by giving demo sessions as requested by the publishers, game stores or indeed the players themselves. Most stores or players I know of only have a limited amount of titles – the more well-known ones whereas smaller publications seldom get shelf time. RPG Crunch can be hired as Game Masters, to give workshops for Game Masters, Teambuilding sessions and support services to publishers.

One of the other things I like to do with RPG Crunch is helping others in the way that roleplaying games helped me. So, here goes ….

Some think it is a pure waste of time, others think it is a form of art. For myself and many others, it has been therapeutic. When I first went to Ghent University to study archaeology, I was very introvert. I had no friendships to speak of, more like … acquaintances at best. I found joy in novels, TV series, both science fiction and fantasy. Then, one day, my mother said: “Paul, why don’t you join a student club, meet some people, make some friends?”

That was the day I found what would become one of my biggest sources of joy, my therapy, my escape.

That day, I discovered roleplaying games.

This month, it’ll be 23 years ago my mother said those fateful words. And without those, I would have been lost, not anywhere near the person I am today.

Roleplaying games; first West End Games’ Star Wars, then Warhammer Fantasy Roleplaying Game, Vampire the Dark Ages and so many more to follow; would provide me with a safe environment where I could experiment with expressing myself, in a safe environment without any danger of real repercussion if, nay when I made a mistake.

Over the years it has been a learning curve. And slowly, but steadily, I became more extrovert.

Standing up for myself, speaking up.

Roleplaying made me more assertive.

These last few years, I am trying to do the same for other people.

Some of the people I have played with have social handicaps in one degree or another. A player in one of my groups could be called … well, shy is an understatement. He didn’t look you in the eye when giving you that limp handshake, when he had to say something in character, he locked up. Slowly, we coached him to speak in character, in that safe environment. It wasn’t him, it was his character, the role he was playing. In our current campaign, he plays a police detective, asking questions, investigating, talking. He made a social character and along with it, he spoke up for himself and even better, he also started doing so in his real life, taking the lessons he learned in the game and using them in his real social life. That, is one of my proudest accomplishments. Now, he gives that strong handshake while looking you in the eye. Who knows, in a few years’ time, he may even surpass me in his assertiveness.

About 6 months ago, I started my company RPG Crunch.

Its goals: Spreading awareness of roleplaying games, both old and new. Get more people to play them. Let roleplaying games help other people, the way they helped me.
I give demonstration sessions of various games, and the number of available games keeps growing. Publishers, stores and players can hire me to tell their stories. But, one of the most important services I offer is team building sessions for small groups.

Why? Roleplaying games are ideal to show people, colleagues, that being different, having different skill sets, aptitudes or capabilities doesn’t necessarily make them better or worse at their job. They merely go about it in a different way. And, by working together as a team, they can achieve more than they could have done by themselves or when everyone had the same capabilities.

In short, having everyone in the team work together, each according to his or her own aptitudes, in their own roles is very much what happens in a roleplaying game. Each plays a different character in the same story, working towards a common goal, overcoming the same obstacles.

Doing a job when working as a team is much the same as playing a character in an adventuring party. Different personalities and skill sets, sometimes clashing, sometimes heading the same way. But always working towards that common goal as best as we can, reach it and if possible exceed it.

These are the joys of roleplaying. It teaches us about ourselves, to improve ourselves and to become better at working together, become better colleagues, getting to know each other and most importantly, have fun.