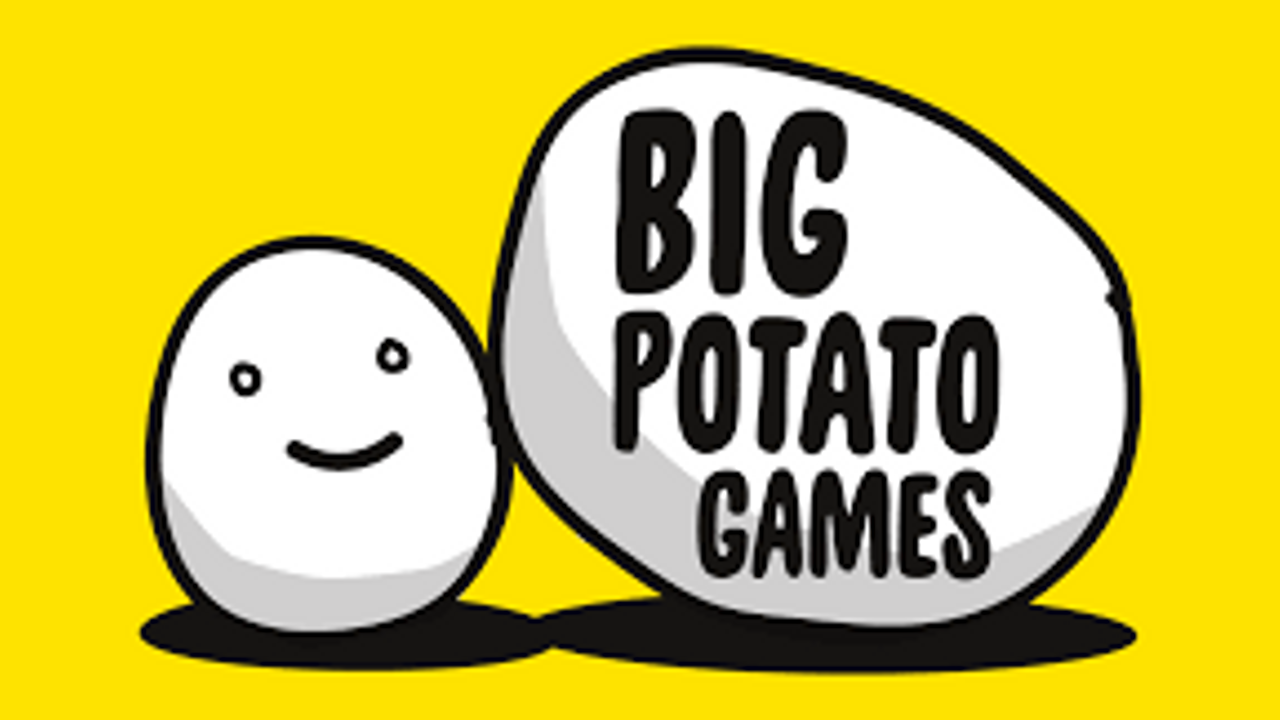 Let me set the scene for you. A random sunny day a little while back we received a package in the mail. This is pretty normal. But this was no normal package, it was a big package, a big potato package. The lovely people at Big Potato games had sent us a real goodie box of games to try out. Not one, not two, but five. Five whole party games for us to dig our teeth into and review. Lovely. So, with games in toe, I set out to play hard and score hard.

The 5 games being put to the test are:

5th Place – A Game About Weird Things Humans Search For.

It’s exactly what it says on the tin. In this game, players each take turns to be the search master and read out the start of a Google search and the other players have to guess what the weird-ass things people put at the end of the search. You get points for getting an answer in the top 10 and get a bonus guess to earn yourself a point. The search master then moves on to the next person. 5 rounds and the game is done. Most points win. On a side note, you all search some weird stuff.

The good stuff: The game relies on people being pretty weird and most of the time the cards, and the public, deliver. However, it’s often the people you are playing with who come up with answers that really say more about them than anything and that’s where this game shines. For example, let’s see where your mind runs with this one, “I have never seen…” lots of interesting things can spring to mind to think of what weird stuff the masses think of. Some of the scoring answers are “A spade”, “A thin person” or “A straight banana”. How did you finish that sentence?

The bad stuff: Whilst there are plenty of cards that really make you laugh and offer plenty of humerus potential answers, there are plenty that are just, well, meh. Cards that just make sense, because sometimes people are sensible on the internet. The downside with that is there are no laughs with these, just a sense of, “well, OK”. An example of this is “Does smoking make you…”, less interesting things jump to mind and its far more sensible with answers like “Look older”, “Feel sick” or “Tired”.

Colour brain is a lovely little quiz game based on colours. Mercifully it isn’t “is this shamrock green or emerald green?”, but more “who is the grandfather of soul?”, “What colours make up the Union Jack?”. The aim is to be the first to 10 and win, however, to score points you are relying on people to get the answer wrong. Say if you have four players playing, two get it right, two get it wrong, the two that got it right gain two points. If you are the stand-alone Bob Ross of colour knowledge for a round and the other three get it wrong, you get four points and so on. If, however, you are all correct, the point rolls over.

During setup, you each receive 11 colour cards that have a pallet of colour options for you to answer, and the question is read out to the group. Nice and easy. Colour Brain then adds “colour capture” cards to level the playing field a bit. You get one of these cards at the start of the game and you can play it at any time, except if you are in the lead. This card lets you take the allotted number of cards from your friend’s hand to ruin them for the next round, thus slowing them down. Marvellous.

You would be forgiven for thinking OK Play is basically Connect 4, but Connect 5, and that’s because you are right. Sort of. Get rid of the suspended grid and do it flat on the table and you are almost there. Add in the fact that when you have finished all your squares, it’s not a draw, but a chance to pick one up and pop it down elsewhere until we have a victor. Add in additional people and you have some real madness and tactical play. This is the biggest difference and OK Plays unique selling point compared.

The game comes with a handy carrier and clip so it can be attached to a bag and ready to play at a moments notice. At a convention and want to sit for a bit? Grab a friend, pull out OK Play and off you go. On holiday? Bad weather? Just because? It’s that easy.

The yellow and purple tiles look striking and stack nicely. Beyond that, there is nothing more to say about this modern take on a strategy classic.

This mental escape story-making, cards against humanity type of dark, mayhem is all kinds of fun. The premise is simple. You get a selection of cards, one person reads out the scenario, you rifle through your assortment of oddities and try to formulate the funniest escape plan that you can. Once everyone has delivered their own version of the Italian Job, players vote and the person with the most votes wins the scenario card. Win 5 scenarios and you win the game. Let’s dive into an example. The Scenario is this –  ‘Your family have the plague and your front door has been nailed shut with you inside’. Nightmare right? We’ve got to escape. You rifle through your card and phew a lucky break. You play ‘Pack of condoms (XXXL)’. I know you’re asking “how does that help?” and that’s the game. The story you make, the weirder the better, is what you tell the group and try to win the card.

Fine, I will tell you mine for this. “Crap,” I said, realising I was stuck inside with my plague family. During a moment of panic, I am struck with inspiration. “I have a pack of massive condoms!” I cheered, ignoring the fact they were too big to be used by me for their intended purpose. I inflate and climb into this slippery, life-saving hazmat suit and this buys me a load of time to find a window I can open, infection-free, and slide myself out of the house to safety. Genius, I know…

In this game imagination is king, and it also helps to know the people you are playing with, and tailor the stories in a way that you know will get the most laughs. I have some seriously wrong-in-the-head friends so this game went dark, fast, and was incredibly funny for it. We ended up trying to make it harder on ourselves by, every now and again, making a scenario that required the use of 2 cards to test us, which worked well – all of Big Potato’s games are ripe for house rules. (So it’s like Cards Against Humanity, but with your stories! – Ed)

Your Big Potato Champion is the quick rhyming Obama Llama 2.

Obama Llama 2 is a team game, where you take turns to do one of three challenge cards. A die is rolled to see which of the three brilliantly vibrant category cards they are picking up.

Solve it – you are given a set of clues and you work out the rhyme from the clue. Example time. The clue you read out is “The first man on the moon has wrapped a long, colourful piece of cloth around his body like they do in Thailand”. Obviously, this is Neil Armstrong wearing a sarong. Rhyme heaven.

Describe it – you have to try to describe the rhyme without saying any words from the rhyme. Example time. The card gives you the rhyme your partner/team needs to guess, ‘Bear Grylls can’t pay his bills’. So I would describe this as “TV survivalist who drinks his own piss is broke and is being chased for money from the gas and electric people”. Easy.

Act it – The start of the rhyme is printed on the front of the card for your teammate to see and you act out the rest without saying anything, for them to guess. Example time. On the front of the card (so your partner/team can see it) and this one says Severus Snape. So they know the rhyme begins with Snape. I then, Alan Rickman-level, act out the card. I’m doing it right now. Honest. If you could see you would definitely guess Severus Snape wearing a cape. Always fun. Always.

In case you hadn’t realised, all the answers are rhymes, much like ‘Wonkey Donkey’ (for UK readers of a certain age) and the player has 30 seconds to communicate the rhyme to their team.

Once you have 3 correct answers you get to turn two of the face down rhyme cards, al la pairs. You are looking for rhymes instead of pairs though, like Obama and Llama. Whichever team has the most rhyming pairs when the final pair is claimed, wins.

Obama Llama 2 is very quick to learn and anyone can play. What really stands it above the rest is just how much you will laugh playing it. I like to think I’m ok with rhymes and I thought most of my friends were too. Nope. Under the time pressure some of the random stuff to come out that doesn’t rhyme is amazing, and Obama Llama 2 knows this. My personal favourite was when I was expertly acting out a rhyming card starting with Chris Pratt, and the guess came in of Chris Pratt smacking a goat. Doesn’t rhyme, doesn’t make sense, tons of laughs and no points picked up. Brilliant.

It is safe to say that Big Potato games really get what makes a good party game, they understand that simple and engaging games are what makes the best games. They have literally buckets of laughs throughout their range and this taster of what they offer definitely has me excited to see what else they come up with. Top spuds for sure.

That’s it from me today so as always geeks, be epic to yourself.