Every year, thousands of like-minded individuals gather for LARP (Live Action Role Play) festivals, complete with their swords, shields, armor, and a warrior-like dedication to their fandom. And their numbers continue to rise.

For a newbie, embarking on the first LARP can be intimidating if not prepared for. Here are some useful tips for first-time LARPers:

Researching the event is crucial for learning what the game is all about. Newbies can learn about the game world, its settings, characters, backstories, the type of combat allowed, and specific rules. They can also discover testimonials of other LARPers who share their experiences in forums.

One can gain knowledge by joining social media groups dedicated to LARPers. Most members are kind enough to show the ropes for the newbies’ first LARP and are even excited at the prospect of adding another individual to their growing community.

So go ahead, don’t be afraid to ask around.

2. Bring a Friend Along

Nothing calms the nerves of first-time LARPers’ than letting a friend go with them to the event.  This would make them ease into the game and get comfortable interacting with other LARPers.

Having friends by their side allows first-timers to deal with stage fright, and will make the event more fun with them, as they get to share their enjoyment with someone familiar.

3. Participate as A Non-Player Character (NPC)

NPC’s are characters or monsters that are part of the game world, but unlike player characters (PC), they don’t have arcs that develop during the game, which is perfect for a newbie.

As an NPC, first-timers can observe everything that goes on in a game like rules and mechanics. This prepares them for the next event they’d like to attend in the future.

Create a character that fits the setting, the genre, and the rules of the game. Unfortunately, some players go to a high fantasy LARP dressed as a Jedi-Knight. Don’t be that guy.

Choose a fitting backstory. This is a fun, creative process of LARPing. First-timers can draw inspiration from books, movies, or TV series. It should be something that they can stick to as they roleplay and develop their characters. Backstories also help other LARPers to understand the character well.

4. Avoid Spending Too Much Money on Costumes or Gear

For the first event, it is not necessary to spend money on costumes, weapons, and other gear/props.

First-timers are advised to only purchase the essentials for an NPC, letting the character grow with them as they keep on attending future events. You can search for guides for LARPing costs as reference.

LARPing doesn’t have to be an expensive hobby, especially for newbies. You can purchase medieval clothes available online, while weapons or gear can be handmade or borrowed from friendly co-players. There’s always time for LARPer’s costume and gear collection to grow. For now, a beginner must stick with the bare essentials.

The whole point of LARPing is immersing one’s self in the fantasy world with other equally passionate people, and that experience can be ruined for other LARPers if one guy breaks character for an extended period.

Some people who are hardcore LARPers never break character and might get annoyed by first-time LARPers who break character all the time. So, the rule of thumb is, if something non-game related needs to be discussed with someone, best step aside where no one else can hear, or better yet, talk during breaks.

With this, newbies must also avoid bringing out electronic devices, such as phones. Modern items must be put away during the event for full immersion and escapism.

If it’s a camping event, be sure to prepare all the necessary camping gear and food. Some LARPs can go for days to a week. For events like these, prepare not just the camping gear, but other essential items as well.

Everyone starts at something as a beginner, and LARPing is no exception. The only important thing is to enjoy the event. After all, LARPing brings out geeks who enjoy and are passionate about the same things. Don’t forget to document the first game by taking pictures or videos, but don’t take too long. First-time LARPers would be glad that they did! 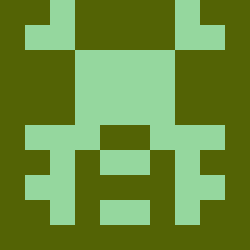